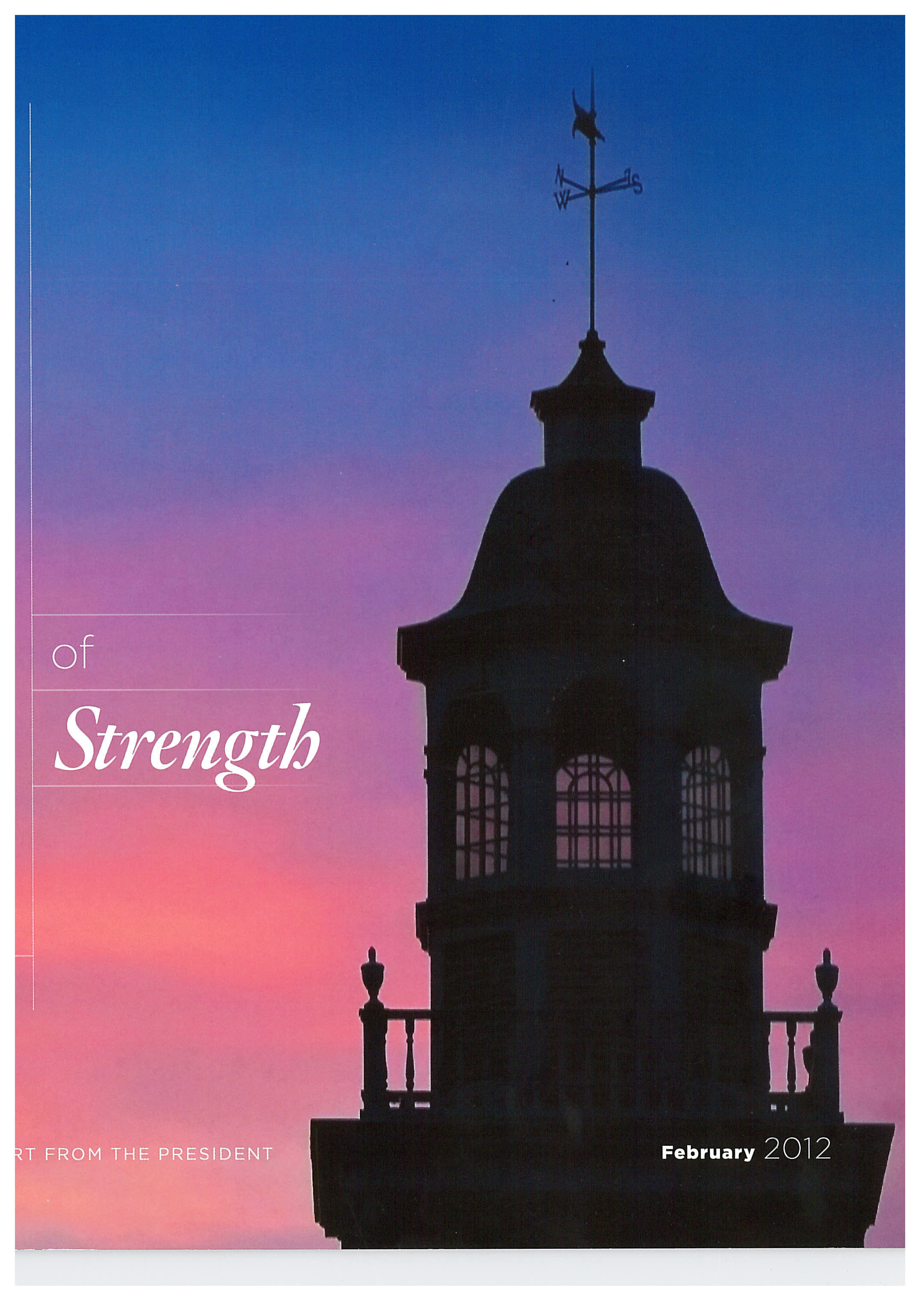 President Daniel H Weiss has published The Foundations of Strength 2012 Presidents Report. “My belief that Lafayette belongs among the nation’s leading colleges is based on important qualities which, when viewed in the aggregate, truly set us apart. These distinguishing attributes were not achieved by accident.
They result from years of careful thinking on the part of our trustees and others about how to create educational value, in the broadest sense, and how to convey that value to undergraduates in fresh and relevant ways.
The following sections describe six attributes that, in my view, combine to create a level of educational excellence that few other colleges deliver as effectively as we do.”

(http://president.lafayette.edu/files/2012/03/Presidents-Report-2012.pdf)
Our Pulse Our People