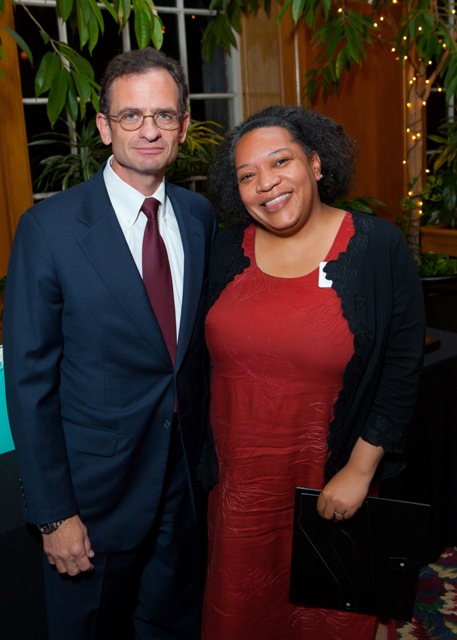 President Daniel H. Weiss, Wendy L. Hill, provost and dean of the faculty, and Edward W. Ahart ’69, chair of the Board of Trustees, presented awards and citations. Outstanding professors and other members of the Lafayette community were honored Friday, May 18th, 2012 for distinguished teaching, scholarly research, and service to the College at the annual pre-Commencement awards dinner.

The award was established in 2000 by alumni of the Lafayette chapter of Delta Upsilon fraternity on the 115th anniversary of its founding. It recognizes members of the faculty for distinctive and extraordinary teaching through mentoring, which may include advising, undergraduate research, independent study, or any of the many one-on-one mentoring activities that take place in a student-centered learning environment.