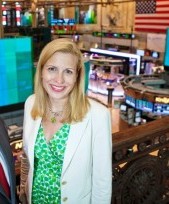 Kappa Kappa Gamma (ΚΚΓ) (“Aspire to Be”) a collegiate women’s fraternity, founded at