As the recently elected President of the Pennsylvania Theta chapter of the Phi Kappa Psi fraternity, I had the privilege of attending the Terrence G. Harper President’s Leadership Academy in Indianapolis, Indiana. The weekend began with a 3:30 AM alarm clock, and a couple of short flights with Pennsylvania Theta alumnus Tommaso Marsella ’04 who would be facilitating the weekend. Although I was exhausted from being up so early, the anticipation and excitement of days to come kept me awake on the plane. I was excited to finally have the opportunity to meet with other Phi Kappa Psi Presidents from around the country, but I was also nervous. I had never previously had the opportunity to attend such an event, and I had no idea what to expect.

Immediately upon our arrival in Indianapolis we were gree 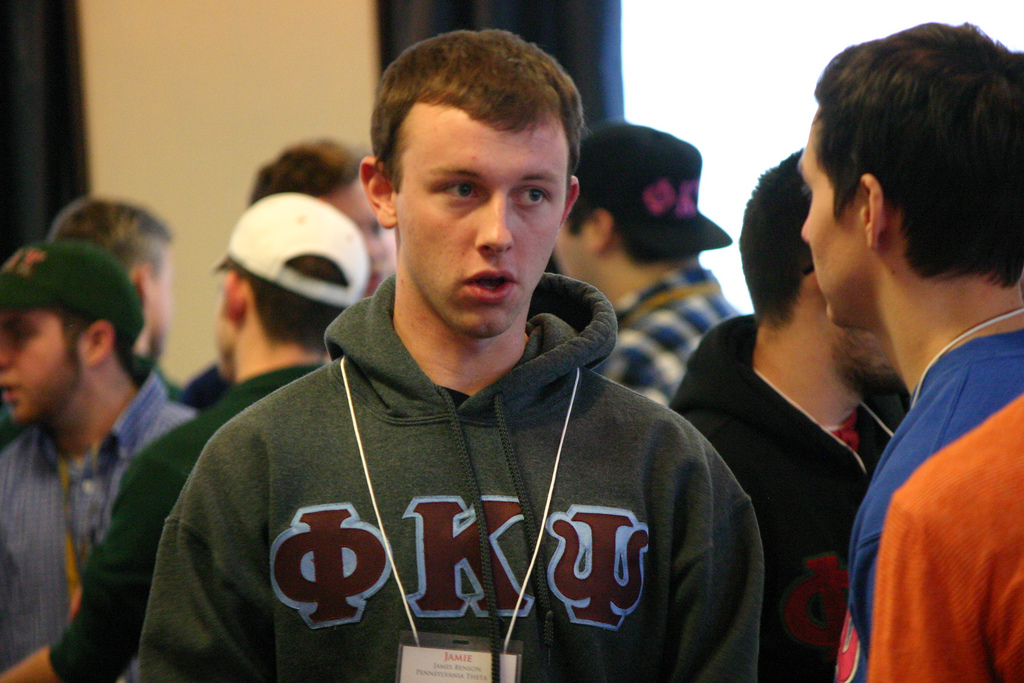 ted by several other Phi Psi Presidents and facilitators. After two minutes of interaction, there was no question that not only did we share similar ideals, but we also dealt with similar problems in our leadership roles within our chapters. At this point the nerves disappeared, and I couldn’t wait to meet more of my brothers from around the country.

This year’s PLA had an excellent turnout. Of the 101 recognized chapters and 6 colonies, there were representatives from 90 different chapters hailing from all over the country. The academy began on Friday, and group discussions and meetings were scheduled through Sunday morning. For the most part, we would discuss a general topic as an entire group, then break up into smaller groups (8-10) and discuss the topics amongst ourselves. The various topics we covered included issues we deal with within our chapters and how to solve them, personal leadership styles as well as values, motivators, and communication skills.

One of the discussions I found to be most interesting was the topic of image. We viewed a slide show entitled “The Good, The Bad, The Ugly”, that included photographs representing these different aspects of fraternity life. What really struck me about this segment of the conference is that despite the fact that fraternities do so much to benefit their members, respective schools, and surrounding areas, most people only remember the bad aspects. Even for me, after viewing this slideshow the only slides I remembered were the “bad” and “ugly” slides. This flaw is not only a reflection of Greek Life, but of society in general. Regardless of the type of organization, society tends to put emphasis on the negatives and forget about the positives. From this experience I learned how crucial it is for my organization to emphasize what we do to benefit others.

Of everything I learned over the course of that busy weekend, I believe that the communication skills were most valuable to me personally, particularly the ability to confront one’s peers. As a leader and a member of a team, having the ability to methodically confront one of your peers about an issue is vital to a successful organization.

I couldn’t be happier with how the weekend went. Thanks to the Phi Kappa Psi President’s Leadership Academy, I was able to develop my own leadership skills and exchange ideas on how a chapter (or any organization for that matter) can operate at its fullest potential. 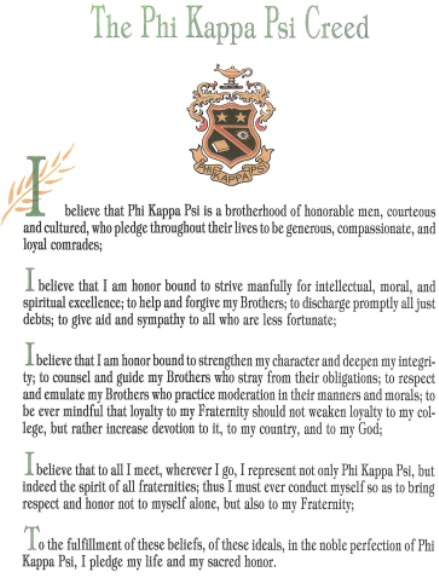