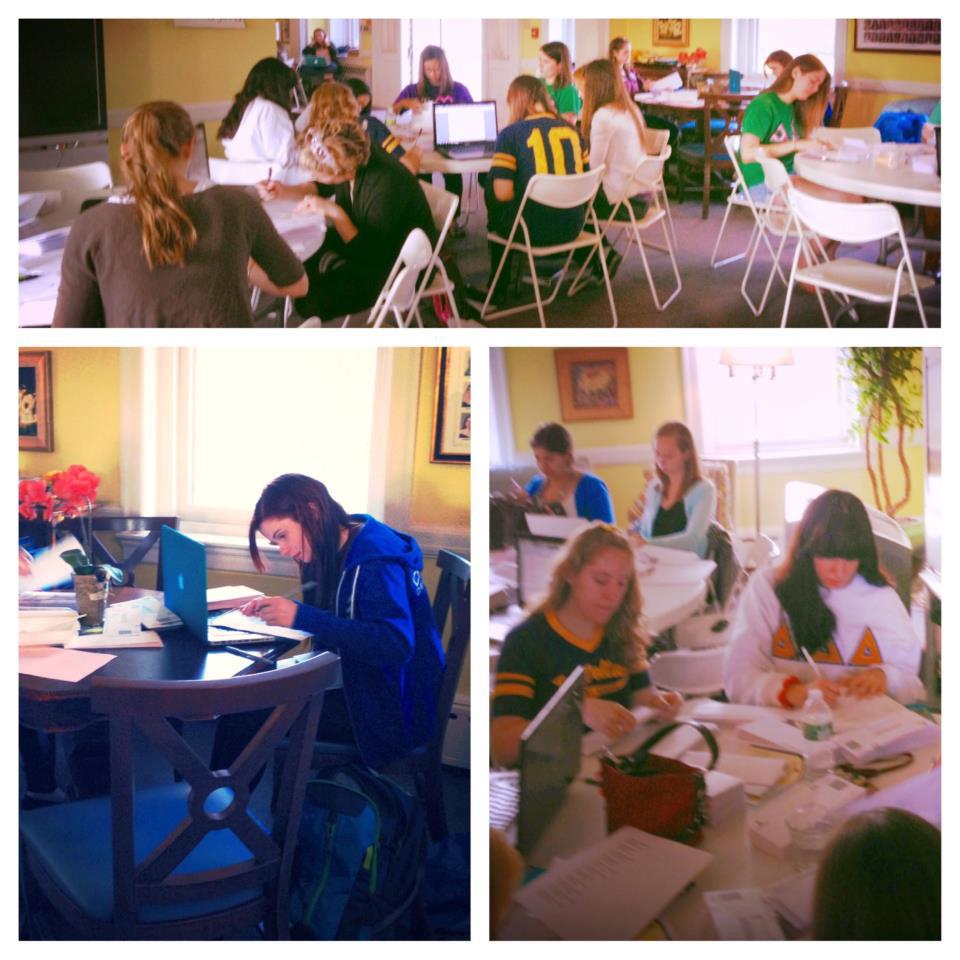 lenged to send 50 letters to friends, family, and neighbors encouraging them to make a contribution to St Jude Children’s Research Hospital. In a combined effort with St Jude, the hospital provides letters, envelopes and postage while chapter members provide addresses. These letters provide information on St. Jude, the relationship with Tri Delta and their philanthropy, and a moving story about a patient who has been helped by Tri Delta’s contributions to the cause.

St. Jude Children’s Research hospital has changed the way the world treats childhood cancer. No family ever has to pay for the care of their child. St. Jude was founded on the belief that no child should die in the dawn of life. As the first and only National Cancer Institute-designated Comprehensive Cancer Center devoted solely to children, St. Jude has played a pivotal part in pushing U.S. pediatric cancer survival rates from 20 to 80%.

Beginning in 1999, Tri Delta officially adopted St Jude as its national philanthropic partner. In 2006, Tri Delta’s national executive board pledged to raise $10 million in 10 years. Only 4 years later, we completed that goal. A loftier goal was then set in place that same year, pledging $15 million in only 5 years. As of 2012, $10.2 million had already been raised in those two short years. These donations will support the Specialty Clinic, located in the Patient Care Center at St. Jude. The Specialty Clinic houses a broad range of different services for patients. 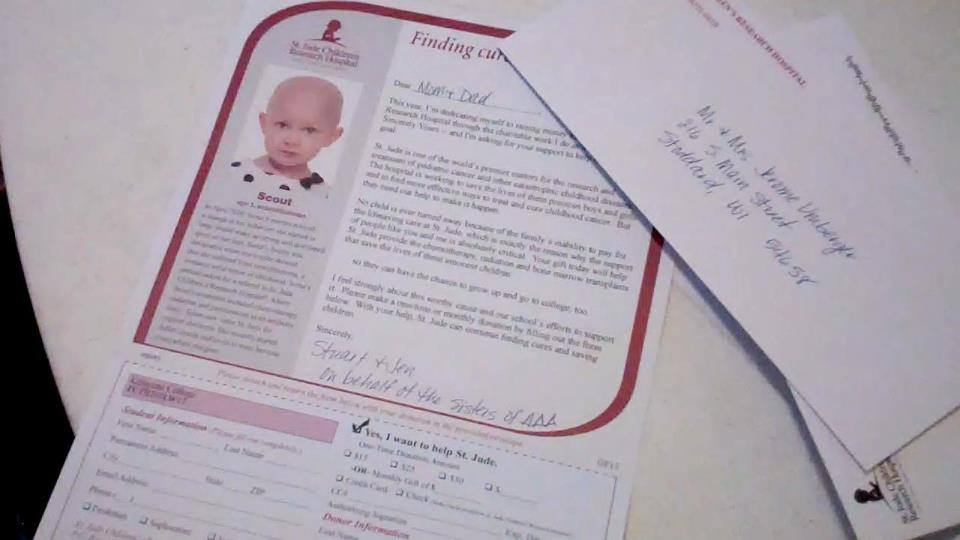 What used to be a strictly internal fundraising event, this year it was decided to open the event to the public. The first 2 hours were strictly for members only, a time spent reflecting on all of the positive contributions we were making for the cause. The next two hours were open to the entire Lafayette Community. Filled with Rita’s Italian Ice and up-beat music, the sisters of Delta Delta Delta interacted with other members of the community. Visitors sent letters to their family and friends while members informed them of the cause and how passionate the sorority is about it.

The week prior to the event, members sat in Lower Farinon to raise awareness of the upcoming campaign. Students and faculty could write down addresses then if they were unable to attend the event. This put them in the running to win a raffle prize at the event later that week. Other Greek chapters on campus supported the cause as well, supplying addresses for members and their families and by stopping by the event.

Even with other philanthropy events, like DHOP, St Jude relies heavily on Sincerely Yours campaigns for a large portion of their fundraising efforts. St Jude spends one dollar on every letter sent out, and hopes for an average of about $40 per letter in return. Tri Delta has raised the most money for their philanthropic partner than any other Greek organization, accounting for 25% of the total amount of all philanthropy work from all Greeks combined.

St. Jude and Tri Delta have supported each other for almost 15 years. The relationship continues to grow each year as more money is raised, and more children are cured. 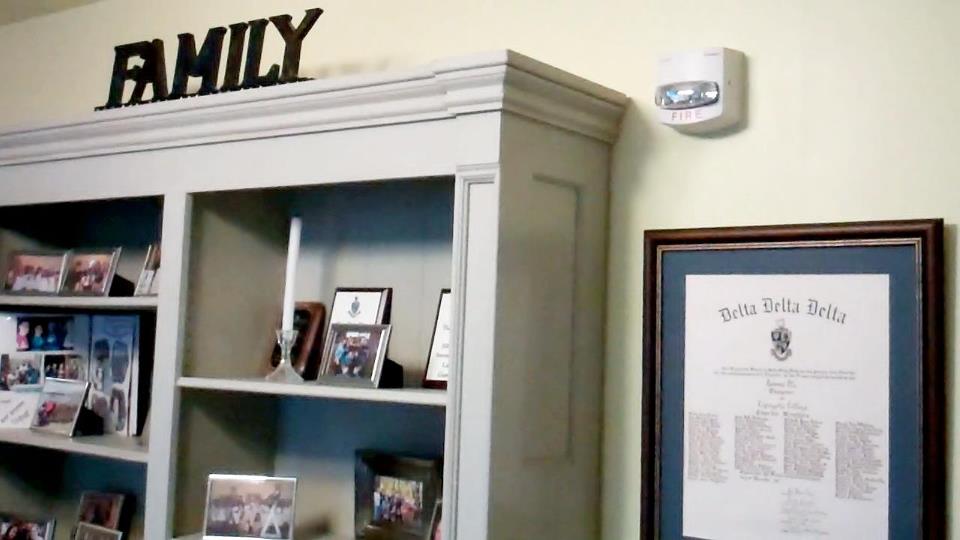 THE PURPOSE OF DELTA DELTA DELTA shall be to establish a perpetual bond of friendship among its members, to develop a stronger and more womanly character, to broaden the moral and intellectual life, and to assist its members in every possible way.  The Gamma Mu Chapter of Delta Delta Delta was founded at Lafayette College in 1992.

IT SHALL ALSO BE THE PURPOSE OF DELTA DELTA DELTA to promote and develop mutually beneficial relationships between the Fraternity and the colleges and universities where the Fraternity has established chapters, to develop qualities of unselfish leadership among its members, and to encourage them to assume, with integrity and devotion to moral and democratic principles, the highest responsibilities of college women