Nicole Dieterich ’13 Alpha Phi is the recipient of the prestigious Fulbright award. As a Fulbright scholar, Dieterich will travel to Salzburg, Austria, to study rehabilitation treatments for stroke victims.

Dieterich, a neuroscience major and German minor, will work with the senior physician of the department of neurology at the Paracelsus Private Medical University of Salzburg.  Together, they will examine the effects of a stroke treatment involving electrical stimulation.  Despite recent advances in stroke rehabilitation, Dieterich says, only one-third of all stroke patients regain dexterity within six months.  The treatment she will be exploring has shown potential for creating lasting improvement in patients.  While in Salzburg, Dieterich will also teach English at a local school. 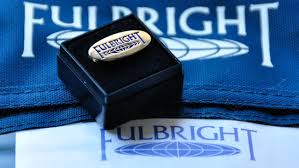 “I have always wanted to pursue research in the field of rehabilitative neuroscience, and I have now been granted this amazing opportunity, thanks to Fulbright,” she says.

Dieterich majored in neuroscience because she was fascinated with the brain and nervous system, and was adamant about exploring the rehabilitative aspects of this field after witnessing a close friend struggle with physical disabilities after a stroke.

At Lafayette, Dieterich is a leader in the German Club, vice president of the Order of Omega Greek Honor Society, and a member of the Alpha Phi sorority.  Her sophomore year, she studied abroad in Bonn, Germany, and this summer she traveled to Mauer-Amstetten, Austria, where she conducted Parkinson’s disease research.  She was also an EXCEL Scholar, working with Bernard Fried, Kreider Professor Emeritus of Biology, and Joseph Sherma, Larkin Professor of Chemistry Emeritus, to research a parasitic disease caused by polluted water sources.  She also credits Margarete Lamb-Faffelberger, professor of foreign languages and literatures (German), for encouraging her to apply for a Fulbright grant.