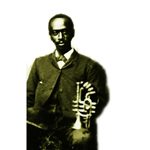 Students, faculty, and staff were honored May 5 for their dedication and commitment to the College community at the 23rd annual Aaron O. Hoff Awards ceremony.

Sponsored by the Office of Student Life Programs, the awards are named in honor of one of the College’s first students. In 1832, Hoff blew the horn that summoned Lafayette’s first 43 students and three teachers to class. As a member of the Class of 1836, Hoff was the College’s first African American student.

Congratulations to the Fraternity and Sorority Members who received honors 2013 year! “You are always wearing your Letters!”

Program of the Year. Presented to organizations that have provided the most outstanding program to campus, be it social, philanthropic, educational, or entertainment. Events are judged on originality, creativity, popularity, and degree to which they fulfilled their purposes.Madame de Lafayette Series (Jessica Silverman ’14 Delta Gamma President coordinator) (Delta Gamma Women’s Sorority)