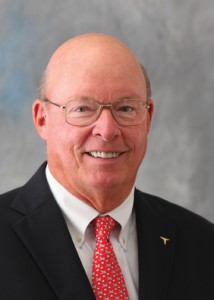 Making sure Merion Golf Club is completely up to par for the national golf championship June 13-16 is on the shoulders of Richard “Rick” Ill ’65 Theta Delta Chi, head of the club’s U.S. Open committee. Read the full story…

This year’s event marks the fifth time that the U.S. Open has been held at Merion. Ill describes his experience during the 1971 and 1981 championships and current preparations in the April 1 Philly.com article “What It Takes to Prepare Merion Golf Club for a U.S. Open.” He said that 500 volunteers assisted in 1981 and more than 5,000 are working this year.

He noted that the fraternity adviser was Francis Zimmerman, professor of mechanical engineering, which gave him the benefit of interacting with someone outside the liberal arts.