We are pleased to announce that Dr. Wilbur Oaks ’51 have been selected to receive the Lester Pearson Award of Merit in Human Service.

The Board of Directors of the Delta Upsilon International Fraternity has voted unanimously to award Dr. Wilbur Oaks, Lafayette College ’51 the Delta Upsilon Award of Merit.  The name for the DU Awards of Merit has been chosen because of the Fraternity’s historical tie to the Founders description: “the only superiority that we acknowledge is the superiority of merit”.   Likewise, it is the same basis in meaning for these awards. 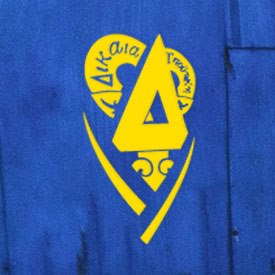 The Awards of Merit are presented to esteemed members of the Fraternity who have exhibited excellence or notoriety in eight professional categories.

Delta Upsilon International Fraternity will present the Award of Merit at Delta Upsilon’s 2013 Leadership Institute to be held August 1-4, in Scottsdale, Arizona.

Dr. Wilbur Oaks ’51 Delta Upsilon  served as a member of the Lafayette College Board of Trustees from 1996 to 2001, president of the Alumni Association from 1994 to 1996, and president of the Maroon Club in 1992. He received the Lafayette Medal for Distinguished Service in 2001 and the Joseph E. Bell ’26 Alumni Distinguished Service Award in 2002. In May, at the College’s 176th Commencement, Oaks was presented with an honorary Doctor of Public Service degree. Oaks is a retired professor of medicine at Drexel University College of Medicine and founder of Saint John’s Hospice Homeless Soccer Team Program.

Oaks has received more than 25 awards for his service to the medical profession, including the Christian R. and Mary F. Lindbach Foundation Award, the A.J. Battafarano Award for Humanism in Medicine, the Drexel University Lifetime Achievement Award, and the Golden Apple Award for teaching excellence. He has directed 13 medical symposiums and published more than 900 articles in various medical journals.